This week I had the chance to participate in a program through LMU called Alternative Breaks. Students take a journey either nationally or internationally, exploring social justice issues surrounding the area they choose to be in.

I decided to apply to this one because it’s an issue growing rapidly just in our backyards, one that we cannot ignore. We started off in Los Angeles, road tripping across California, and eventually ending in San Francisco.

Our focus was mass incarceration and the prison industrial complex, as California is one of the highest incarcerating states in the US, with some of the most expensive prison systems.

This journey across the state was nothing but a humanizing experience. From Twin Towers Jail in Downtown LA, Chowchilla Women’s Prison, Soledad Correctional Facility, and San Quentin in San Francisco. I was able to experience first hand the inhumane treatment of inmates with perceived mental health issues and the increased criminalization of the growing homeless population. In order to continue gentrifying LA, places like Skid Row that the homeless youth, veterans, and struggling addicts have called home is decreasing as they are given handcuffs not house keys.

Correctional Officers were adamant about their rhetoric of creating monsters out of people that clearly needed therapy, resources, and support from the community that was being snatched away from them.

I was in shock of how low we have stooped as a country to incarcerate with extreme sentences for low crimes, and keep people away from our society to rot in a cell or work for 8 cents an hour, surprisingly not different from the way we treated slaves.

Political issues play a big role in how we profit off prisoners to keep our economy running, through the war on drugs, “super predator” headlines, and demonization of low income communities.

Underprivileged schools in LA have metal detectors and students are searched more than they spend time in class.

These institutions of education look no different than prisons, and our minority youth have futures predetermined for them through these “random” searches; a future where they’re thrown away as they fall into juvenile facilities, a system set up to fail.

I met people that shared their stories with me, ranging from their troubled childhoods, drug addict parents, need for acceptance and love in their communities. I was surprised to hear that feelings of low self esteem and worth were issues that we all deal with as humans, that these inmates were no different from me and you, except that society had deemed their circumstances as criminal.

The men in the system I had the opportunity to interact with were wise beyond their years, vulnerable and clearly reformed. We need them back in their communities to educate younger men/women who may feel the need to find affirmations in wrong places and help dismantle the cycle.

Amongst the many brilliant minds I encountered who were incarcerated, it affirmed my belief that allowing these inmates to share their knowledge can make the biggest difference in reducing gang violence, drug addictions, and our homeless youth population.

This movement requires us to find the humanity amongst ourselves, challenge these unjust systems of oppression and our implicit biases, and take action through voting for legislation.

“It is our duty to fight for freedom” -Assata Shakur

I’m grateful for the 12 other inspiring individuals from LMU that accompanied me on this trip, as we have made memories and connections together I will forever hold dear to my heart.

And an even bigger thanks to the passionate and influential people incarcerated for opening their hearts with love I will never forget:

2 thoughts on “A ROAD TO THE FORGOTTEN”

Hi! I’m Anushka, a senior at Loyola Marymount University in Los Angeles. Welcome to my blog, where I share my love for sustainable fashion and living a purposeful life. Thanks for joining me on my journey!

Happy earth day 🌍 Some of my favorite photos of our planet taken on film ~ Sustainability is not a trend or a fad, its our mode of survival. Let’s encourage businesses to do their part and contribute to our home because without it we are nothing. Shop sustainably, thrift, upcycle, repurpose, borrow, or create - there are endless ways to help. No excuses! This is our future.
My first post of 2020 and now we’re all in quarantine. Lots changed in my life this year - I started a full time job while finishing up my last semester of college, and ended up taking a little break on this account. Now that we’ve been given time to slow down, I’m thinking about posting on my blog soon about the new direction my creative juices are flowing. Meanwhile enjoy a selfie of me from when we could celebrate outside 😂 On a more serious note, my heart goes out to everyone that is fiercly fighting this pandemic and am grateful for the way this has brought humankind together. Mother Earth is flourishing as we support one another by not being “stuck at home”, but #saferathome. It’s an uncertain and anxious time, so let me know what everyone is doing to stay sane and mentally healthy! This is temporary so I’m determined to make the most of the gift of being healthy and slowing down. ❤️
As another year comes to an end, I’m constantly thinking about the turns my life has taken and the growth that has come from it. Wrote about 2019 on my blog, link in bio. ✨
Today is my last day working @reformation, and I’m so sad because this job has allowed me to explore my love for fashion and grow professionally in more ways than I ever thought. I’ll miss my team and the community so much, but for now on to different things - hopefully I’ll be back soon ✨
Fall in the Bay with @mejuri ✨ It’s their only sale of the year! Grab these golden babies while you can! #mejuri #finecrew
Happy Thanksgiving 🍁 I hope everyone has an amazing time spent with loved ones this year ✨ 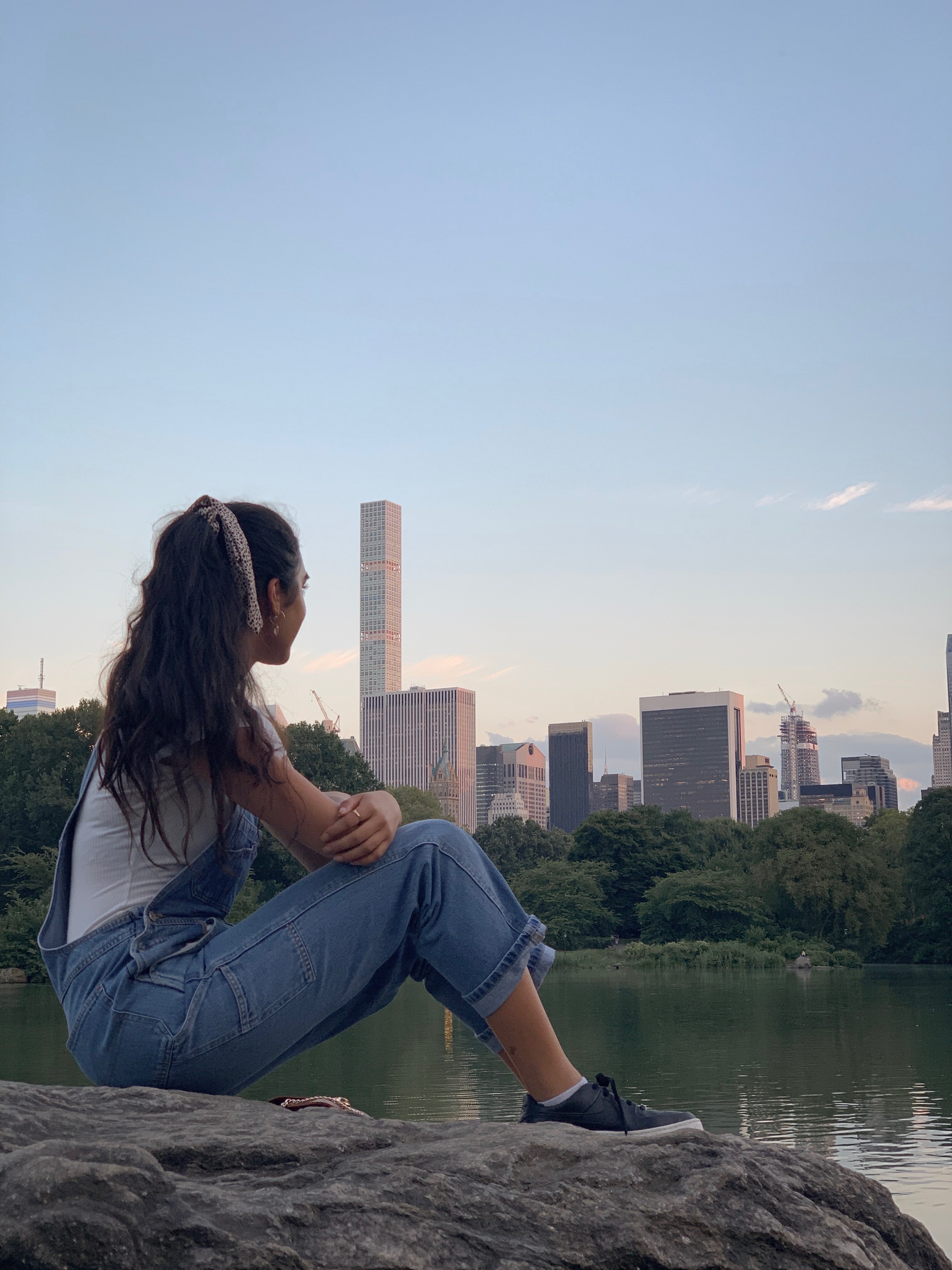 My Summer in New York City